Earlier this year I set foot on Antarctica for the first time since the outbreak of the pandemic made travel to the continent impossible. As a polar history guide, I had become used to visiting every Austral summer, and so this felt like a homecoming.

After two days at sea, our first landing was at a place called Georges Point, a small and rocky beach with enough flat ground to land small boats amongst unforgiving glaciated Antarctic terrain. In late January it was still covered in ice and snow. The big attraction here was a Gentoo penguin colony. Though the guests had already seen hundreds of penguins- out at sea, perched on icebergs or porpoising gracefully through the water- this was their first opportunity to observe them on land.

By the time we got our first close encounters at the colony (not too close- environmental regulations set by industry regulator IAATO mandate that we keep at least 5 metres away from any wildlife), the guests had already learned a lot about this iconic species. The onboard ornithologist had given lectures and had countless long private chats with enthusiasts over dinner or coffee. Guest scientists from the non-profit science organisation Oceanites had described how they would be conducting penguin censuses, collecting data allowing them to track how the populations of individual colonies were faring over time. There were numerous books on penguins in the onboard library, and even a life-size and surprisingly realistic model on display.

All this meant that by the time guests met the Gentoo penguins for the first time they were knowledgeable about the species and could understand what they were seeing- the mating, nesting, stone-thieving, chasing, feeding, preening, calling mass of chaos that is your average penguin colony. If they had any questions they could ask one of the wildlife guides who accompanied them there.

Guests were constantly offered opportunities to learn in this way- and not just about wildlife. My colleagues included a whole team of specialists there to interpret the landscape, ice, environment and culture. As the onboard historian I would give talks, guide groups around historic sites, and spend evenings sitting with guests at dinner talking about the discovery of the continent, the Race to the South Pole, the use of dog sledding teams or the intricacies of the Antarctic Treaty- conversations guided by guests and based on what has sparked their interest the most.

This is science tourism in action, with the aim of giving visitors a deeper understanding and appreciation of the places they travel in. In the polar tourism industry we talk about creating a corp of ‘ambassadors’ who, because they have had the chance to experience Antarctica first-hand, will feel invested in protecting it, whether by supporting Citizen Science projects, or lobbying for its conservation. At Wonder Seekers we advocate that these same principles can be applied to any part of our planet- we can become ambassadors for any place we know and love, whether at the extreme ends of the earth or minutes from our home.

After a couple of years working in the front line of the Scottish tourist industry, Katie completed a MLitt in Museum and Gallery Studies and then spent a season as curator of the museum on the Subantarctic island of South Georgia.

This polar exposure led to a career in the expedition cruise industry, working both as an onboard history lecturer on trips to Antarctica, South Georgia, the Falkland Islands, Greenland, the Canadian Arctic, Wrangel Island and the Russian Far East, and managing projects aimed at enhancing education and science programs offered to guests on board.

She also took the opportunity to return to academia to complete a PhD, with a thesis titled ‘Memorials of Endurance and Adventure: Exhibiting British polar exploration c.1819-1930.’ This examines how the polar regions were represented in exhibitions and museum displays. 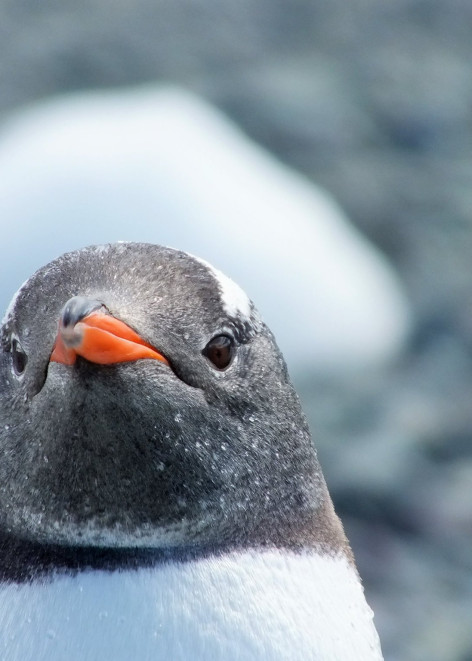 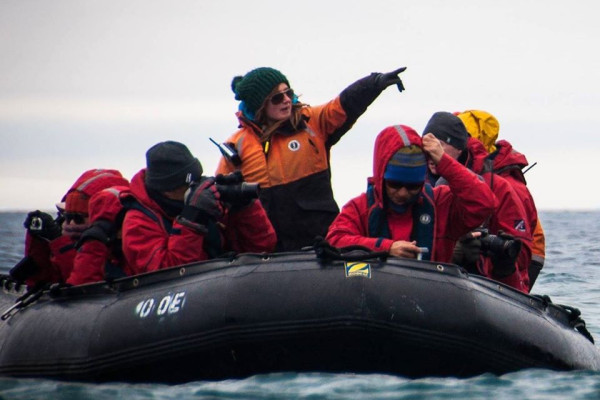