Together, the Finnish and Icelandic team of WONDER SEEKERS embark on an expedition to Iceland’s glacier Fláajökull, to discover secrets of the past and future of the planet.

With their backs to the glacier – or rather, their backs to the current of icy wind that blows from the huge body of ice – four men and a woman try, with all their might, to stay on their feet. They resist with determination against the powerful force seemingly influenced by the massive block of blue ice.

I try to record them with the GoPro camera while I myself fear being blown away by the air current. The furious puffing lasts about three minutes, calms down, and starts again, while the deafening noise of the wind prevents us from hearing each other.

The landscape could not be more dramatic: the Fláajökull glacier is a body of ice that stretches 15 kilometres, surrounded by hills covered in soil and rock -a material known as moraine- that has been left behind by the slow-moving glacier.

It is a perfect representation of the ice and fire influenced nature of Iceland. Fláajökull is located on the eastern side of the Breiðabunga volcano, which extends from Vatnajökull, Iceland's largest ice cap.

Austrian entrepreneur Stephan Mantler brought us here on his huge Ford four-wheel drive with tyres nearly as big as I am. Though at 1.58 m tall, I am certainly not the tallest among the group of explorers.

Stephan is an experienced glacier and alpine trekking guide who has photo-documented glaciers and their transformation. Stephan - or Stepman - smiles.

- Let's go back inside the car, he indicates.

The wind does not allow us to advance a single step. Opening car doors becomes a monumental task.​

We are protected in the huge vehicle: the WONDER SEEKERS team from Finland and some members from Iceland. We chat between laughter, euphoria and curiosity.

On his tour, Stephan encourages tourists to compare their photos of the glacier with historical images.

- “The transformation has been rapid and evident”, affirms Stephan.

Glaciers form over a long period of time. Layer by layer of snow is transformed into ice through enormous amounts of pressure.

Now, perhaps to no surprise to the reader, I will say that since the end of the 19th century, the surface area of Iceland's glaciers has shrunk by more than 2,000 square kilometres. In square meters, it would be the number 2 accompanied by 9 zeros: 2,000,000,000.

Glacier melting happens on a global scale. How many zeros would I need to add to cover the shrinking of Earth's glaciers?

But how can one understand the magnitude that these numbers represent?

No, I will not compare it to the number of football stadiums. Here is a review of what science tells us.

Greenhouse gas emissions from human activities are responsible for about 1.1°C of warming since 1850-1900. Glaciers are disappearing because of humans.

And it happens quickly. In a hundred years, the planet's climate could change more than it has in 10,000 years. Scientific evidence shows that 20,000 years ago, global temperatures were probably about 5°C (10°F) cooler than they are today.

For Stephan there is no time to lose. Today the wind did not let us walk on the glacier. Inside the car, however, there is a certain effusiveness. At WONDER SEEKERS we are excited about the work of Stephan, who has dedicated himself to bringing science together with exploration and fun on the glaciers.

And leaves us with a thought: The opportunity for tourists from all over the planet to learn the secrets of millions of years that these ice bodies keep, and also understand their essential role in the fight against climate change, is a step in this great challenge that we face as humanity. 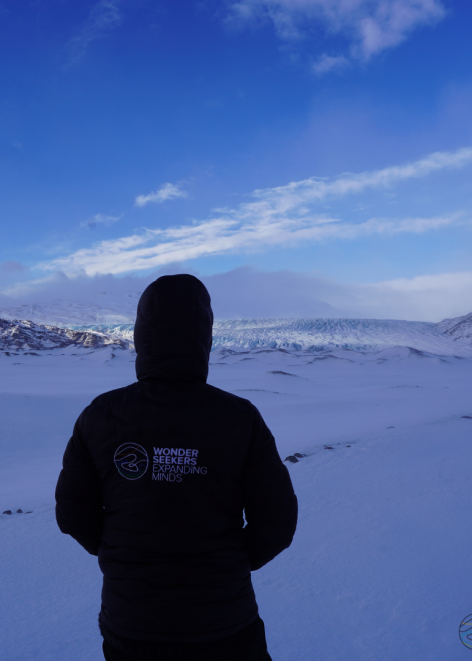 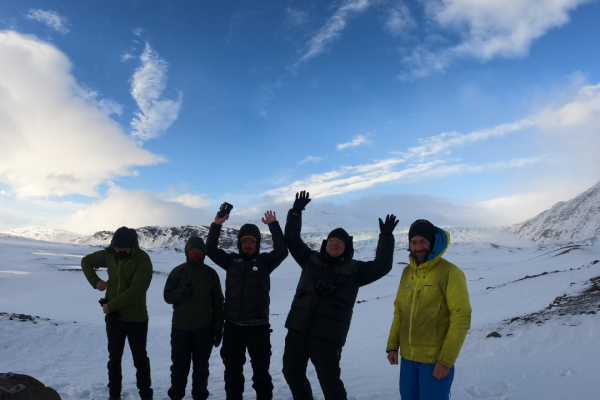 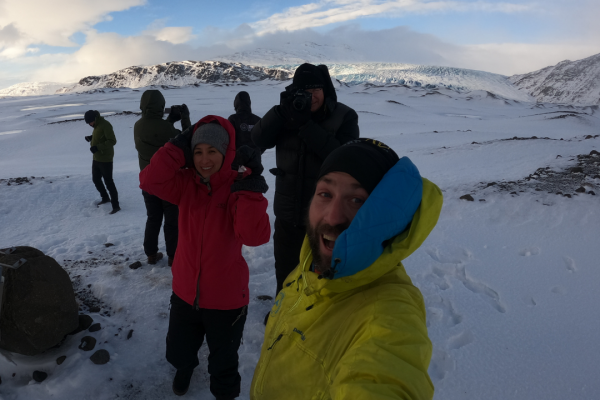 On his tour, Stephan encourages tourists to compare their photos of the glacier with historical images.

“The transformation has been rapid and evident", affirms Stephan.